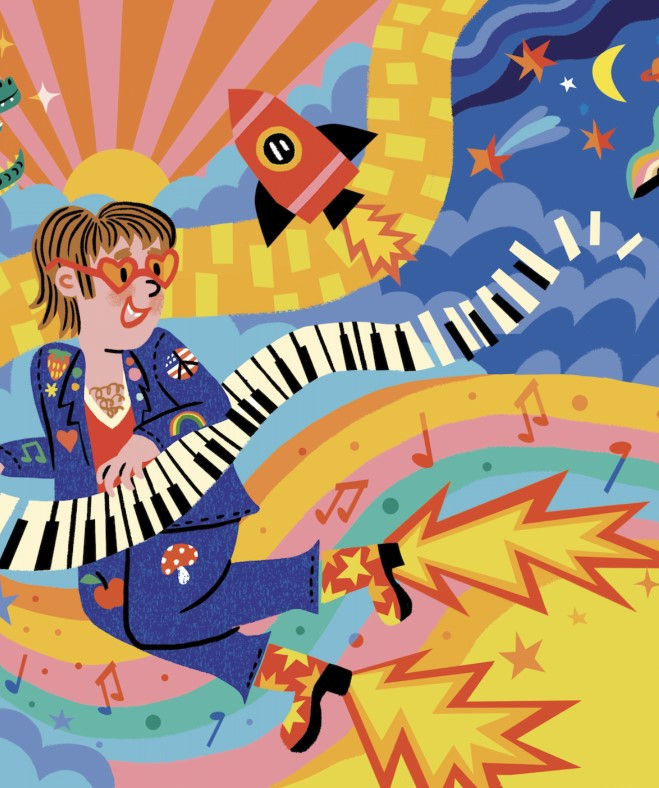 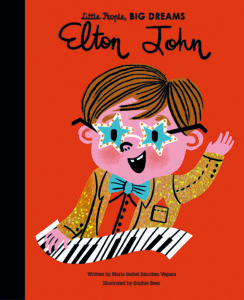 Meet Elton John, the piano wizard who rocketed to stardom with his music.

As a child, Elton started playing his grandmother’s piano in Harrow, London. He could pick tunes out by ear and was soon attending lessons at the Royal Academy. After answering an advertisement in a newspaper, Elton teamed up with a lyric-writing buddy: Bernie Taupin. The rest was history. Elton’s songwriting talent, musical skill, and dazzling outfits have made him one of the all-time greats. This moving book features stylish and quirky illustrations and extra facts at the back, including a biographical timeline with historical photos and a detailed profile of the musician’s life. 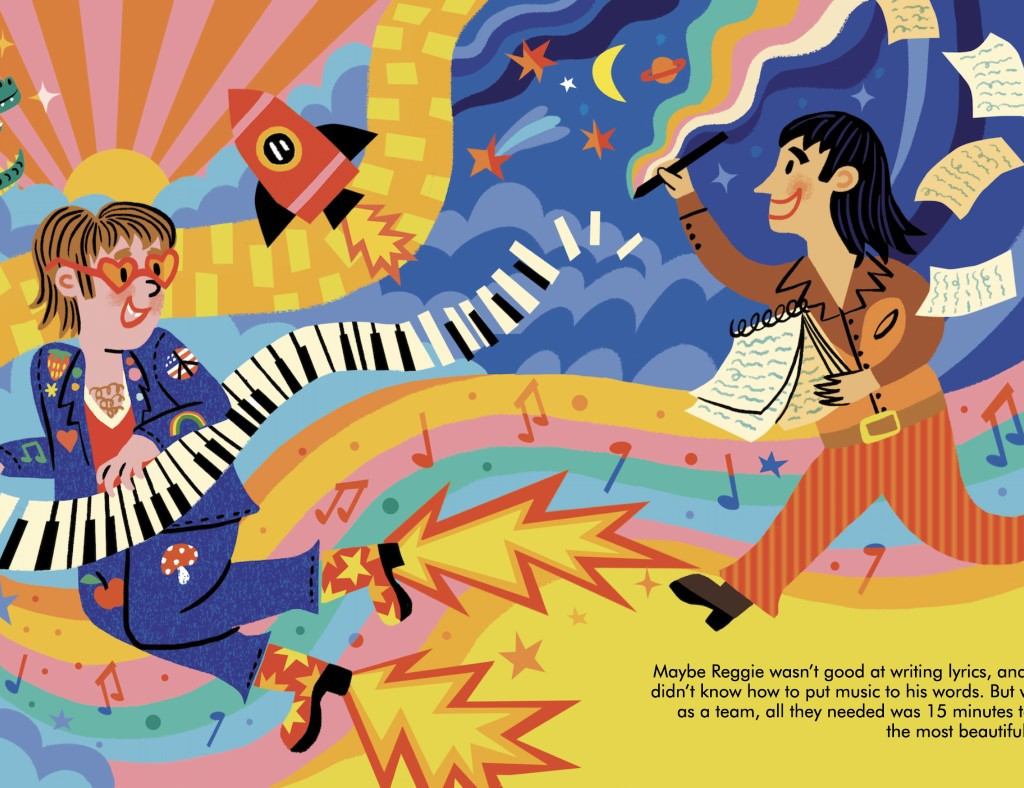