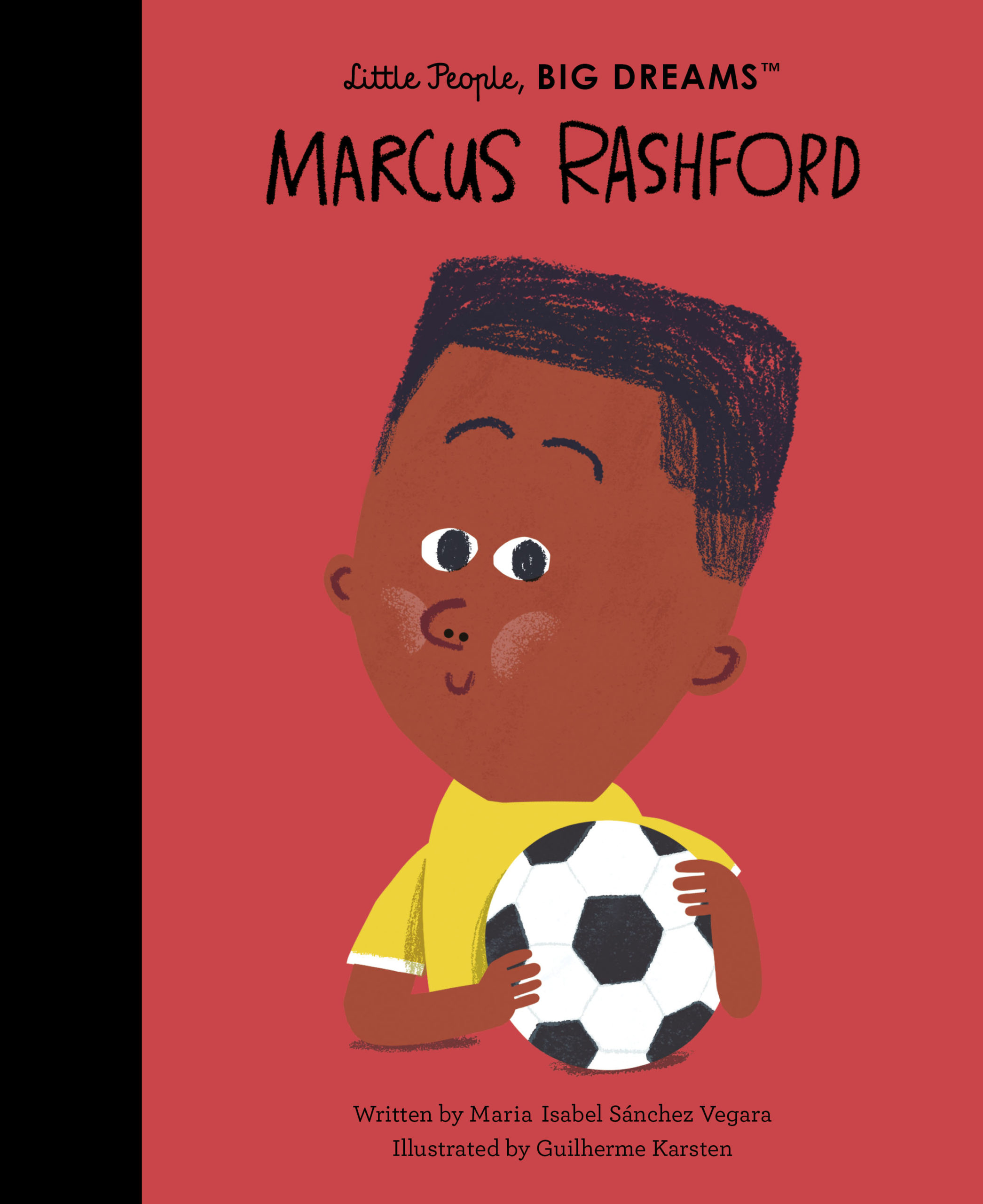 When Marcus was a kid, he had a family that loved him and a talent for football. His mom, Melanie, worked long hours to provide for her family, but sometimes she would go without food herself to make sure that her children had enough to eat. With his mom’s support, Marcus pursued his dreams and progressed through the youth academy at Manchester United Football Club. He worked hard and trained for years to reach the top of the game, making his debut in the Premier League in 2016. But no matter how successful he became, he never forgot where he came from and his experience as a hungry child. When schools were closed during the Coronavirus pandemic of 2020, the situation left schoolchildren without free meals that they would have had. And so Marcus took it upon himself to lead a nation-wide campaign to ensure that no child would go without food. This powerful book features stylish and quirky illustrations and extra facts at the back, including a biographical timeline with historical photos and a detailed profile of the footballer’s life. 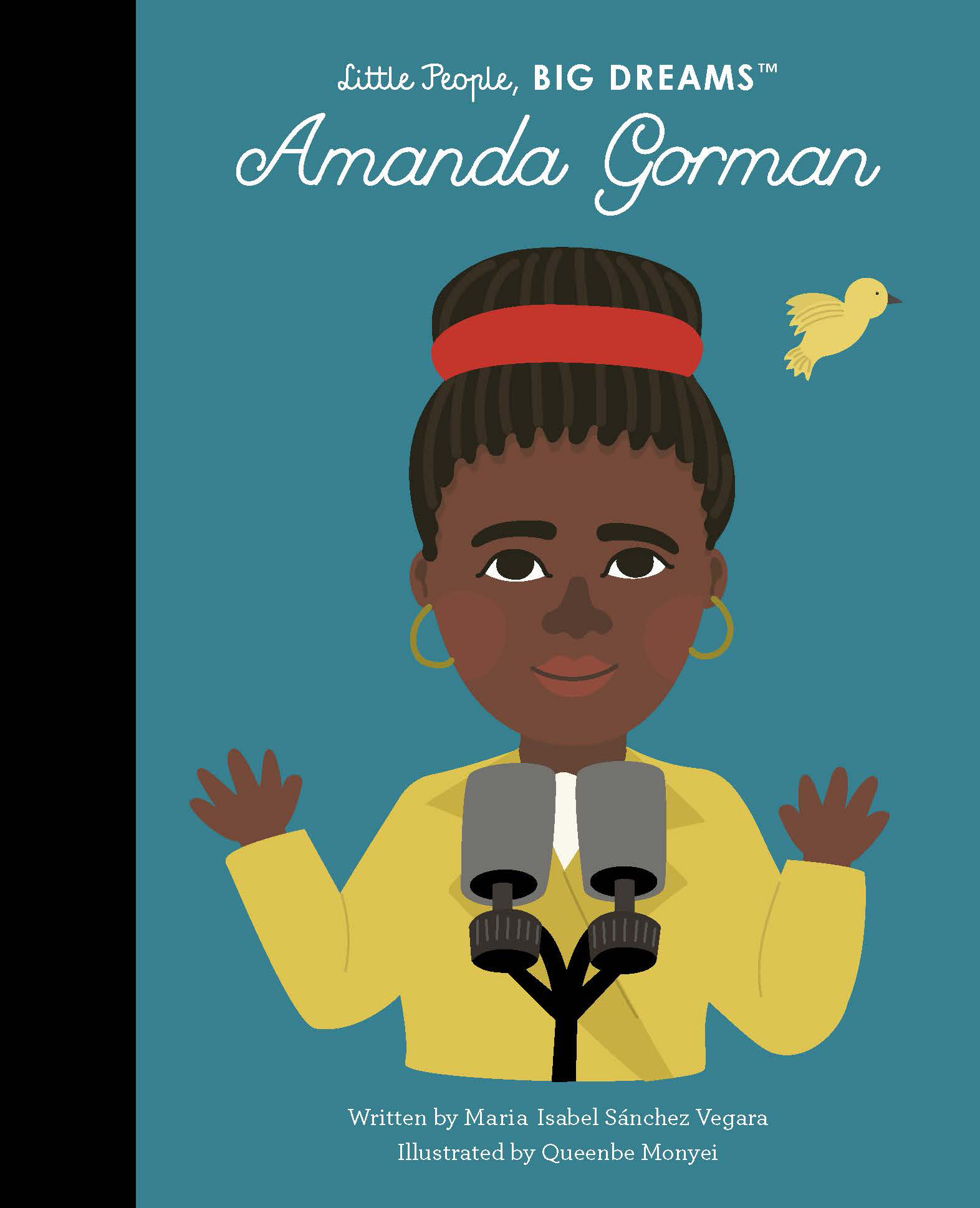 From an early age, Little Amanda read everything she could get her hands on, from books to cereal boxes. Growing up with an auditory processing disorder and a speech impediment, Amanda had to work hard, but ultimately she took great strength from her experiences. After hearing her teacher read aloud to the class, she knew that she wanted to become a poet, and nothing would stand in her way. At the age of 19, she became America’s first-ever National Youth Poet Laureate. And, after performing her inspiring poem ‘The Hill We Climb’ at the Presidential Inauguration in January 2021, she became an icon across the world. This inspiring book features stylish and quirky illustrations and extra facts at the back, including a biographical timeline with historical photos and a detailed profile of the incredible young poet and activist’s life so far. 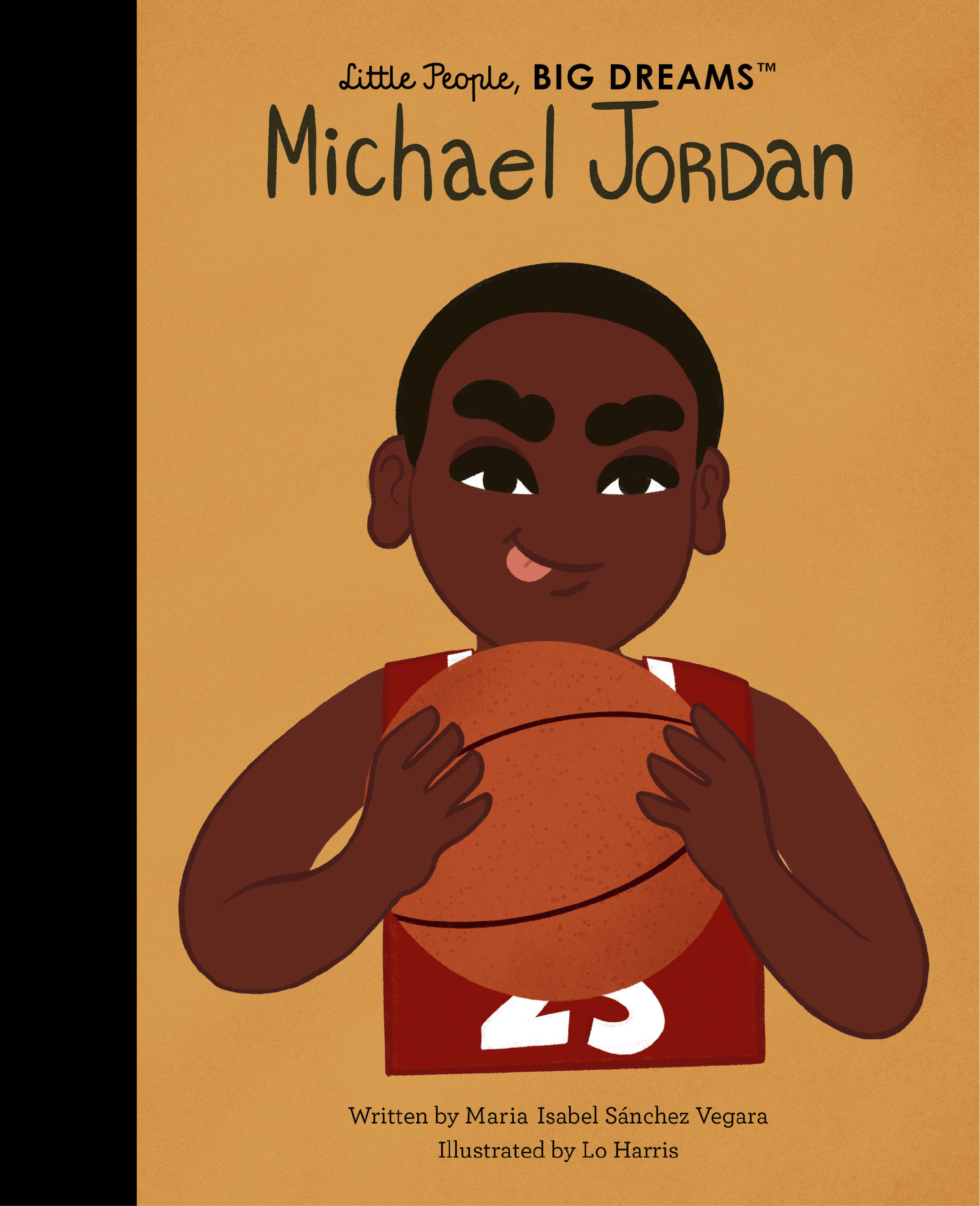 Meet Michael Jordan, one of the greatest all-time basketball players.

Little Michael wanted to be the first at everything – especially if that meant beating his older brother. One day, he came home crying… he’d been rejected from the basketball team at school. With his mom’s message of “go out and earn it” ringing in his ears, Michael practiced all summer. Soon he was the star of the team, going from school, to college, to the Olympics. After six titles, more than 1,000 games and exactly 32,292 points, MJ became a sporting legend, who encouraged kids to “make it happen!” This inspiring book features stylish and quirky illustrations and extra facts at the back, including a biographical timeline with historical photos and a detailed profile of the baller’s life. 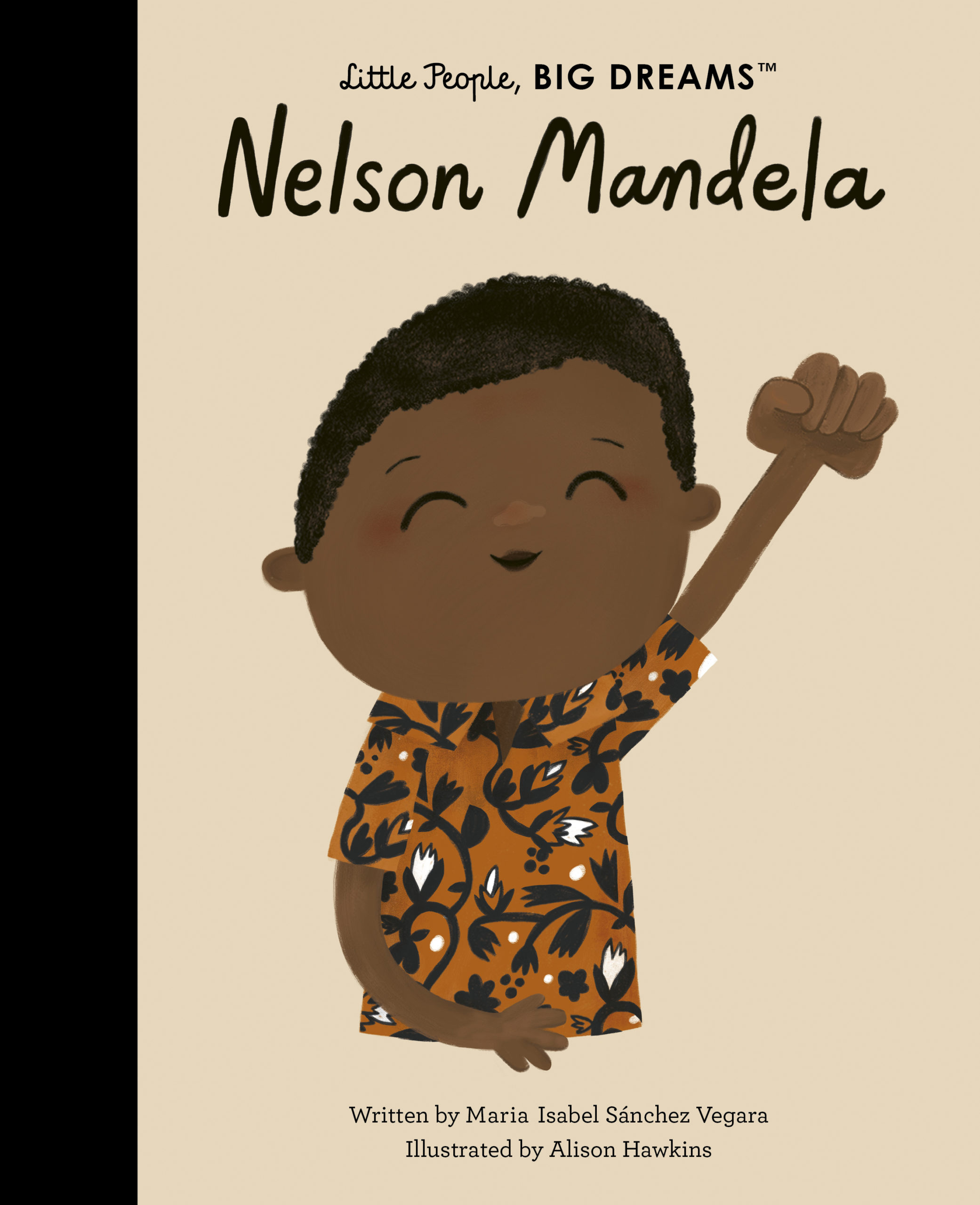 Little Nelson’s given name was Rolihlahla, which means ‘troublemaker’ in Xhosa, his native language. But his rebellious nature would lead him to become one of the world’s most inspirational civil right’s leaders and anti-apartheid revolutionaries. Despite the many years of imprisonment and adversity he faced, Nelson remained victorious and was voted to become South Africa’s first Black president. This inspiring book features stylish and quirky illustrations and extra facts at the back, including a biographical timeline with historical photos and a detailed profile of the activist turned president’s life. 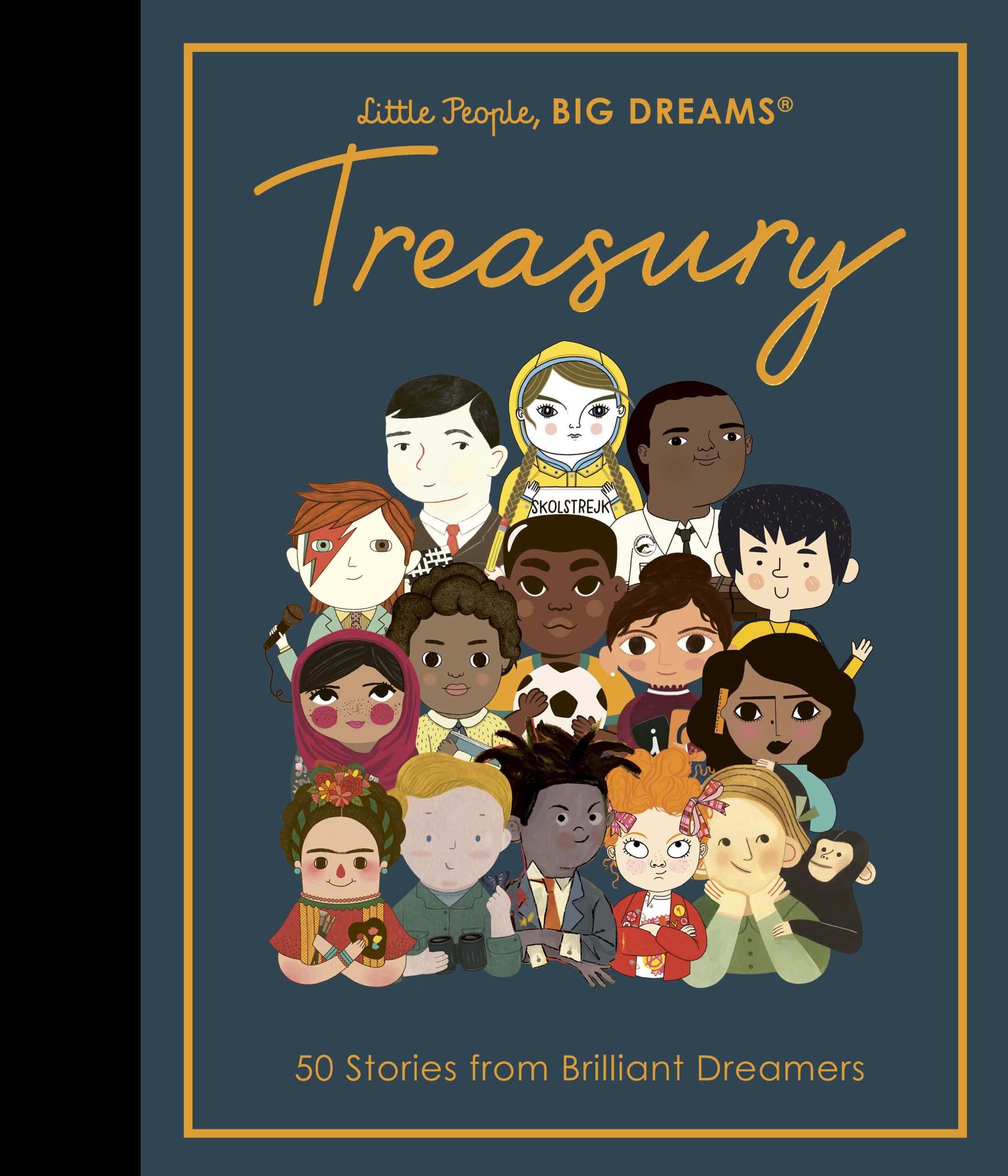